Home Internet The Most Famous Maps In Esports 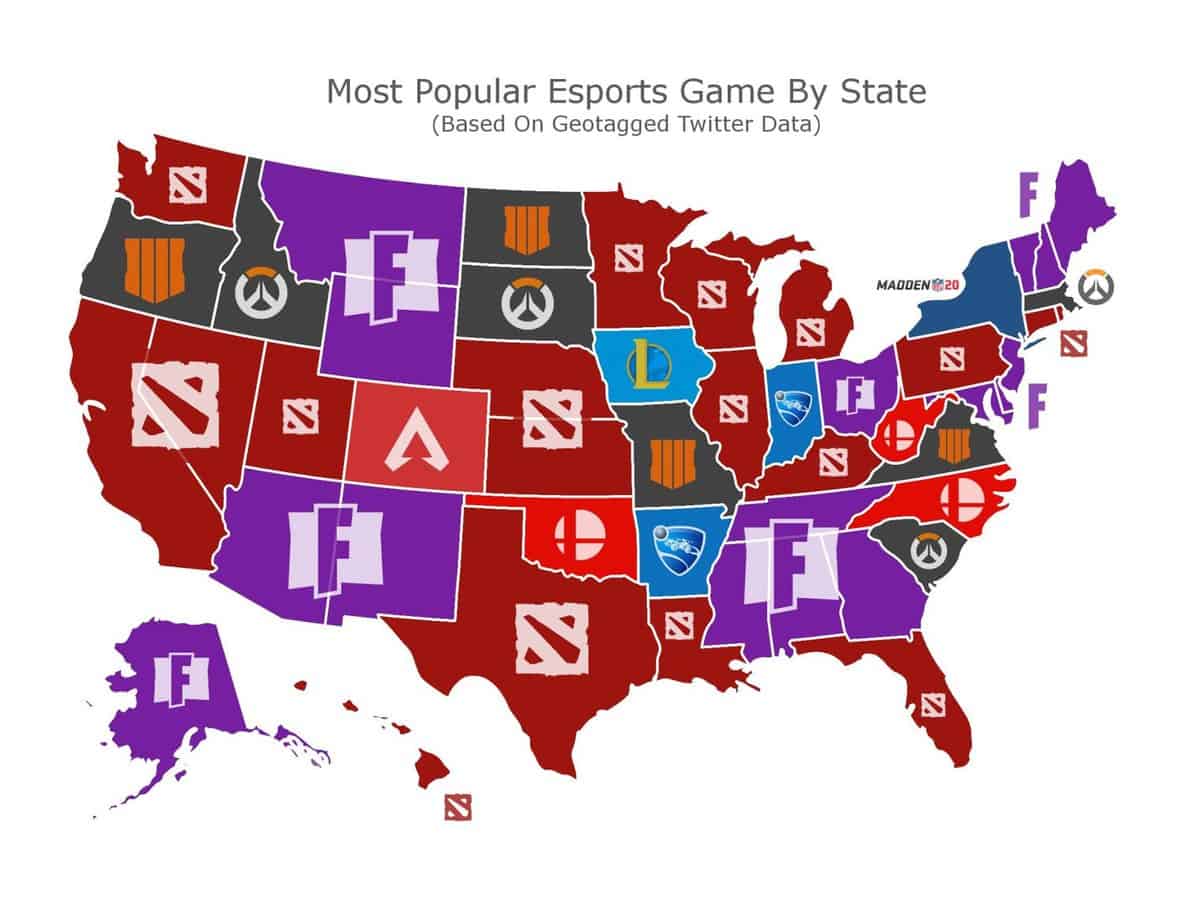 League of Legends is the world’s most popular MOBA title right now, with a player base of roughly 250 million and boasting some of the most prestigious events in the entire Esports community. Over 8 million viewers watch the grand final of the World Championship at any time, and the game has extended past its previous epicentre of the Far East to sprout up hyper-competitive regions in Europe and North America over the past few years.

Summoner’s Rift is the most commonly used map for competitive League of Legends and, as such, comes in as one of the most recognisable maps in the whole Esports world. It has gone onto influence the metas and designs of other MOBA titles in the community, with its placement of nexus, jungles and lanes all becoming recognisable to even the most casual of League of Legends.

Counter-Strike: Global Offensive is one of the fastest growing Esports titles in the world, despite being released all the way back in 2012. The game regularly attracts over one million players playing actively at a time, and the recent IEM Beijing tournament, not even one of the big high profile events in the calendar, peaked at over 130,000 viewers for the grand final.

Probably the most famous map in the world of first person shooters, Dust II is the first map people think about when Valve Corporation’s Counter-Strike: Global Offensive is mentioned. The map was inspired by the old Team Fortress games and is set in the deserts of the Middle East. So many locations on the map such as Tunnels, B Doors and Bombsite A have gone onto become iconic within the gaming sphere.

Dust II is essentially made up of three straights, with two leading to each of the map’s bombsites and the middle acting as a split for team’s to utilise map control and rotations. The layout of Dust II is incredibly simple to grasp and a favourite for newcomers of the game to hop onto and begin playing on, and the layout has even gone onto being replicated in games such as Fortnite, Overwatch and even Minecraft.

Have you ever wondered what it would look like if a bunch of miniature rocket-powered cars began playing a game of soccer underneath a giant volcano? If you haven’t, are you at least a little bit curious about seeing it now?

Rocket League has a plethora of stunning stadiums and really specialises in producing the stunning visuals to make the most of these stadia, but there’s just something about Mannfield that has become the face of the game.

The stadium captures the real feel of both aspects of the game; it has the layout of a normal soccer pitch, the crowd’s seating areas that allows players to feel the force of the supporters, as well as injecting a fantastical atmosphere with the volcano looming large in the distance.

Overwatch received critical acclaim following its release by Blizzard Entertainment back in 2015 and it has shaped the Esports industry in numerous ways ever since. The game might have been a hit in terms of its mainstream commercial success, but Blizzard’s decision to essentially take over the competitive scene of the game by creating the global Overwatch League has helped carve out Overwatch betting markets, pushed the industry forward in terms of event formats and raised the stakes for developers and companies who didn’t necessarily involve themselves in the running of their Esports titles.

King’s Row is essentially the face of Blizzard Entertainment in Overwatch and its competitive scene, being modelled after downtown London with its drizzly wet conditions, black taxi cabs and red double decker buses. It’s an absolute gem in terms of overall balance in a competitive map, allowing for all play styles and characters to flourish.