Sometimes  a computer is too much however a cellphone doesn’t give you the real property you want to get the task executed. That’s in which a tablet may be a valuable addition on your repertoire. They may not have value as an everyday use product for each patron, they can make a first rate complement to or even replacement for your existing pc.

We’re here these days to talk large tablets: those veering closely into opposition with laptops (instead of the ones that are just large telephones). We’ll provide you with a run thru of critiques for a number of the best large tablets in the marketplace nowadays and then offer you with some greater general advice that you could use when purchasing for a large tablet for your very own.

While the Samsung Galaxy Tab S6 is one of our favorite tablets on the market, it’s the Galaxy Book that earned a spot on our best of list. That’s largely because the Windows operating system allows you more versatility than you’d find with the more stripped down Android OS that the Samsung Galaxy Tab S6 does. Powering this tablet is a later generation i5 processor and a meaningful eight gigabyte of memory.

But this tablet has more than just the heart of a PC. It also comes with a dedicated but detachable keyboard and Samsung’s high-quality S-pen so you can shift seamlessly between intuitive touchscreen controls and the more precise results you can get with a mouse and keyboard. The battery can last nearly half a day, and if you find it drained to nothing, you should be able to get to a full charge in just three hours.

The Apple iPad Pro 12 9″ may be an expensive alternative to comparably specced large tablets, but there’s more to consider than just the raw hardware capabilities of a tablet. For one, the iPad Pro has one of the best interfaces around – even by the standards of Apple devices. The touch gesture controls here are intuitive but also varied, so you can create navigation methods that are tailored to the way you work or play.

But the components in here rank among the best too. Apple’s A12X processor is one of the best and most powerful you’ll find in a tablet today, and it makes use of a Retina display for higher resolution and some seriously high quality color reproduction. Smart design sensibilities have been applied to the Apple Pencil too – as the Apple Pencil includes some smart gesture options that allow you to change brushes or swap to the eraser with simple taps.

The Huawei MateBook E sports a design that makes it look a lot like the Apple iPad Pro 12, and while it can’t keep pace in terms of power and design, it’s one of the best budget priced alternatives. The specs here are solid if not exceptional, and it runs entirely on the Windows operating system. But this is more than just a tablet. It’s a two-in-one converter, and that’s a pretty incredible deal considering it clocks in at around $500.

While the smaller size of this screen would normally mean a more cramped experience than what you’d find with a traditional laptop, this tablet comes with a full sized keyboard so you don’t have to make concessions for the sake of this tablet’s compact size. But the screen is the real star of the show here. The high resolution can’t quite match the Apple iPad Pro or the Microsoft Surface Pro, but most customers won’t even notice the difference.

Microsoft’s Surface Pro has rapidly become the standard for what a convertible laptop should look like. Now in its fifth generation, the Surface Pro is a capable performer for professional and casual users. And while the Intel core processor may be a little old at this point, the specs here are still rather hefty for the price you’ll pay.

All of that is well and good, but the best the Surface Pro has to offer is its battery life. You can get up to 13.5 hours on a single charge, making it a best choice even for regular business travelers. With three different standing configurations, this tablet can shift seamlessly between work, play, and rest with nothing more than a quick transition. Add in the tons of available accessories, and you’re left with a sophisticated tablet that’s modular enough to support a wide variety of creative professionals.

The Google Pixel may be the best deal you’ll find on a large tablet. While this Android tablet retails for nearly a grand and packs in the hardware of an entry level PC, it’s often available for significantly less money than that. If you need a tablet that can double as a lightweight laptop but don’t have a whole lot to spend, this could be your best option.

The front facing speakers at work here are both front facing and surprisingly decent for watching TV or listening to music, and the inclusion of Pixel Slate means that everything continues to update in the background so there’s no need to wait for reboots whenever there’s a security or feature update. The ports here are fairly generous too. In addition to two USB ports, there’s a full HDMI port that you can use to hook this tablet into a separate display.

There’s no better word to describe the Thinkpad X1 than tough. This tablet has been military tested to ensure that the chassis can withstand practically anything you throw at it, and it manages to look great to boot. It conveys the sense of a piece of military technology while keeping both the form factor and the weight at a more than manageable level. The keyboard snaps into place solidly but easily due to a magnetic hinge.

The hardware specs here are about what you should expect at this price, but the accessories really sing. The webcam is crystal clear even when streaming, and there’s a genuinely satisfying but highly accurate sense of responsiveness to your fingers on the keyboard. And suiting the fact that this is a tablet built for business are the security features. Between its encryption measures and fingerprint access, it really hits the mark.

Tablets are often treated as cool consumer devices that split the difference between laptops and phones, but they can serve more serious business uses as well. If you work on the go and need a device that can keep up, the Dell Latitude Rugged is the obvious choice. The HD touchscreen is protected by Gorilla Glass but sensitive enough that it can respond precisely to the touch of a glove hand. It’s also resistant to dust and the cold and includes anti-vibration precautions.

And while this may be a tablet built for work out in the field, it still looks great. The screen supports high definition resolution and makes use of an anti-glare surface that makes everything look visible even in bright and direct sunlight. And since Bluetooth and Wi-Fi capabilities are both baked in, you can keep in contact with your colleagues no matter where you happen to be.

The best tablets in terms of raw specs are nearly as powerful as laptops, but the downside is that they cost nearly as much as laptops also. The Fusion5 T60 is targeted towards customers who want the best tablet they can get on a budget – more precisely, a budget of around $200. The real exceptional thing about this large tablet is how it offers some of the best balanced specs on the market.

Of course, that means making a few sacrifices in terms of power. While there’s only 2 GB of RAM and the processor is a little meager, it’s more than enough for streaming movies in FHD and typical internet browsing or email management. For the sake of convenience, Bluetooth 4.0 functionality is built right in, so you shouldn’t have any difficulty streaming videos and music or transferring files directly through your phone to your tablet. 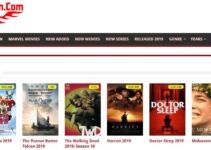 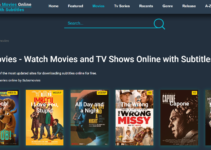