Home Internet Best VPNs For Omegle To Access It From Anywhere 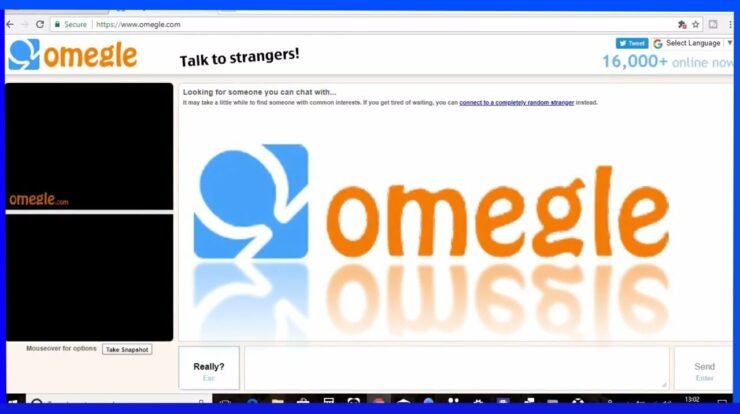 Perhaps you want to use Omegle from a school, university, or nation with strict internet censorship. To assist, we’ve highlighted the finest Virtual Private Networks (VPNs) for Omegle access. These VPNs will also allow you to unblock Omegle if you have been wrongly blacklisted (more details on this later).

Because Omegle does not encrypt chat data, hackers, your internet service provider (ISP), and network administrators can observe your discussions. VPNs prevent this by encrypting your network traffic, rendering it unreadable to anybody on the outside. This implies that your Internet service provider cannot sell your browsing habits to third parties. Furthermore, VPNs let you connect to servers in other countries, potentially altering the nationality of Omegle users.

Even though there are a lot of VPN services, Omegle has banned many of them, including some of the most popular ones.

However, a few VPNs continue to function, and we’ll go through these in further detail below. If you don’t want to read the entire post, the following are the best VPN services for accessing Omegle from anywhere or removing a ban:

We looked for VPN providers with the following characteristics to identify the best VPNs for Omegle users:

Let’s have a look at the few VPNs that are still compatible with Omegle:

StrongVPN provides access to a network of over 950 servers, but the majority of them are incompatible with Omegle. Having said that, we were able to access this service while connecting to a few East Asian and Middle Eastern servers. StrongVPN is rather fast (averaging 71 Mbps in our most recent testing), so you should be able to video chat without any problems.

One of the best aspects of this VPN is that it does not overburden you with security choices. The only features are 256-bit encryption, a kill switch, and protocol selection. On the plus side, leak prevention is included but not featured in the menus. StrongVPN does not retain logs, and if you have any issues, help is available 24/7 via email and live chat.

StrongVPN has applications for iOS, Android, Windows, and MacOS. For Linux systems and compatible routers, manual setup is necessary.

NordVPN is our #1 Omegle VPN recommendation. This provider just discovered a solution to Omegle’s incredibly rigorous blocking and is now by far the most convenient way to access the service. We were able to communicate with randomly selected servers in the United States, Canada, and Australia. NordVPN is also one of the fastest providers on the market right now, so you should be able to use the video chat feature without any problems.

This service includes several security and privacy measures. These include an app-specific kill switch, DNS and IPv6 leak prevention, 256-bit AES encryption, and an automated ad and malware blocking tool. NordVPN adheres to a strict no-log policy and offers live chat and email assistance around the clock.

NordVPN offers applications for iOS, Android, Linux, MacOS, and Windows. It may also be manually installed on compatible routers if you choose.

PrivateVPN is a service that prioritises security. It is fully logless, using 256-bit military-grade encryption, and includes DNS leak prevention. You can even use a different protocol if a certain provider forbids VPN connections. We were able to connect to Omegle using some of the US-based servers.

PrivateVPN offers fewer servers than some of its competitors (about 200 globally), but its internet speeds are above average. Omegle will not be a problem because PrivateVPN is capable of 4K streaming if your internet connection is fast enough. Users may now connect up to ten devices simultaneously.

This VPN includes applications for Android, MacOS, Windows, and iOS. It is also possible to install it manually on Linux PCs and certain routers.

Here’s how to use Omegle while connected to a VPN.

It is actually fairly simple to unblock Omegle using a VPN. Simply follow the instructions outlined below.

Is it possible to use a free VPN with Omegle?

Many recommendations recommend using a free VPN to stay safe on Omegle, but we strongly advise against it for a variety of reasons. To begin with, Omegle has made efforts to prevent VPN users from connecting at all, so cheap VPNs (which are quite popular) are unlikely to operate.

Furthermore, free VPNs are typically much slower than commercial VPNs since they have fewer servers competing to service more customers. Free VPN providers try to make up for this by limiting user data and making them wait in lines, but in the end, demand is higher than supply, which makes for an uneven and unpleasant experience.

Unfortunately, this isn’t just conjecture: free VPNs have been found in the past abusing their users’ confidence. High-profile VPN firms that package viruses, sell their users’ bandwidth, and mislead consumers about the logs they store are high-profile instances. We advocate using a reliable VPN provider with clearly stated privacy rules to protect yourself and your personal information.

Although Omegle has not openly confirmed blocking VPN users, all evidence leads to the opposite. According to discussions on the Omegle subreddit, this has been a problem since at least 2014. So why would Omegle want to prevent individuals from employing VPNs?

The most obvious purpose is to assist in the tracking down of people who misuse the site. When a typical Omegle user connects, their IP address is recorded. This is easily traceable to a general geographical place. On the other hand, VPN customers use a temporary replacement IP address that returns a location that is entirely different. However, as long as you follow the terms of service (which do not clearly prohibit VPN use), there is no reason why you shouldn’t be able to connect as usual.

In our experiments, Omegle frequently flashed “Error connecting to server.” When utilising a VPN, please try again. This was resolved by changing servers, but finding one that isn’t blocked can be difficult.

If you locate a working IP address, don’t forget to disable automatic IP switching for the length of your discussion. This will keep you from getting disconnected mid-stream.

Omegle: How to Use It Safely

To begin with, you should be aware that video chat platforms such as Omegle and Chatroulette have an issue with explicit material. Chats are regulated, although Omegle emphasises on its homepage that this isn’t perfect. As a result, we advise against using Omegle if you are under the age of 18.

Omegle has updated its privacy policies to clarify the types of information it collects. This includes the following:

Unless otherwise required by law, this information is normally removed after 120 days. If a chatlog is kept, the cookie IDs and IP addresses of each user are saved forever.

With this in mind, it’s critical that you don’t give any personal information. This includes your entire name, place of employment, email address, and phone number, but even the view out your window and the city you reside in might give someone a basic notion of where you are. In an ideal world, you wouldn’t even reveal your face on camera, but that defeats the purpose of video chat. Essentially, you’ll be alright as long as you’re cautious about the information you offer and disconnect if you feel uneasy.

What may cause Omegle to ban someone?

Omegle’s main page contains a pretty comprehensive list of things that you are not permitted to do on the site. This includes bullying other users; disclosing private information about other people; making defamatory claims; utilising software to start discussions automatically; and breaching intellectual property rights (for instance, by sharing links to pirated material with another user).

The rules of service, however, state that “you may be refused access to Omegle for improper behaviour or for any other reason.” In other words, you may be banned simply because too many people abruptly end their chats with you. But as long as you’re not doing anything wrong or against the law, you should be fine.

Is it legal to use Omegle while connected to a VPN?

It’s entirely legal to use a VPN to access Omegle (albeit only a few people can get through the service’s VPN-detection methods). After all, they are privacy tools first and foremost; why shouldn’t you take precautions when communicating with strangers?

However, there is one caveat: VPNs only let you stay anonymous online; they do not make it lawful to perform criminal activities online. For example, if you utilised a VPN to harass someone, you’d still be breaking the law and may end up in hot trouble.

What is the legal age for using Omegle?

The fine print on the Omegle homepage expressly states that you should not use the service if you are under the age of 13. Users under the age of 18 also need permission from their parents before they can talk to anyone.

Which countries have blocked Omegle?

In general, any nation that restricts access to VoIP services like Skype, WhatsApp, and FaceTime will similarly restrict access to Omegle. The reason for this is simple: these platforms allow people to interact in ways that the government cannot readily monitor.

China, the UAE, Libya, Jordan, Oman, and Qatar are among the countries where Omegle is not available. Despite this, you may use a VPN to circumvent regional censorship and access your favourite services from wherever you are.

It’s critical to understand that Omegle matches you with random internet users from all across the world. This implies that if you use the video capability, you may encounter inappropriate language, cruel sentiments, or pornographic content. However, a fresh conversation is always only two button pushes away, and controlled video conversations provide a bit more safety than adult chats. Omegle isn’t risky as long as you don’t reveal any personal information.