Home Internet What Is Jenkins? Advantages & Characteristics Of Jenkins 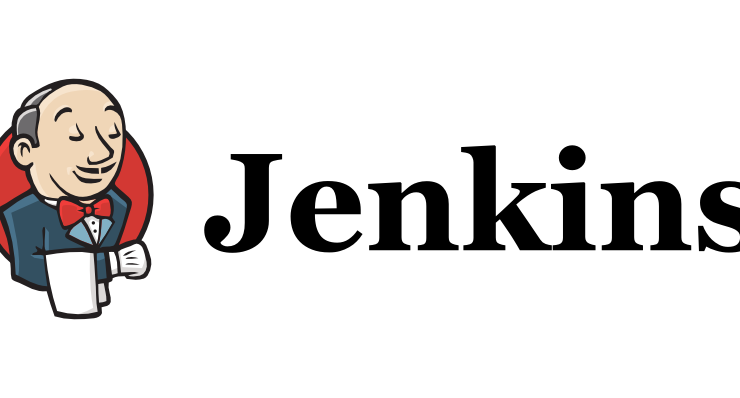 Jenkins uses pipelines to create a continuous integration or continuous delivery (CI/CD) environment for nearly any combination of languages and source code repositories, as well as to automate other normal development chores. While Jenkins does not eliminate the need for individual step scripts, it does provide a faster and more sophisticated approach to connecting your full chain of build, test, and deployment tools than you could easily develop yourself.

Prior to Jenkins, the most a developer could do to prevent damage to the nightly build was to build and test on a local computer carefully and successfully before submitting the work. However, this required testing one’s modifications in isolation, without the daily contributions of everyone else. There was no assurance that the nightly build would survive a commit.

What exactly is Jenkins, and why do we utilise it?

Jenkins is an open-source automation programme developed in Java that includes plugins for Continuous Integration. It is used to making sure that your software projects are always being built and tested. This makes it easier for developers to add changes to the project and for users to get a new build. It also lets you keep putting out software by letting you connect to a wide range of testing and deployment platforms.

Organizations may use Jenkins to automate and speed up the software development process. It brings together all of the steps in the development life cycle, such as build, documentation, testing, packaging, staging, deployment, static analysis, and a lot more.

Jenkins uses plugins to achieve continuous integration. Plugins enable the integration of different DevOps phases. If you wish to integrate a certain tool, you must first install its plugins. For instance, Git, Maven 2, Amazon EC2, HTML publishers, and so on.

As seen in the Image below, Jenkins is combining multiple DevOps steps into one. 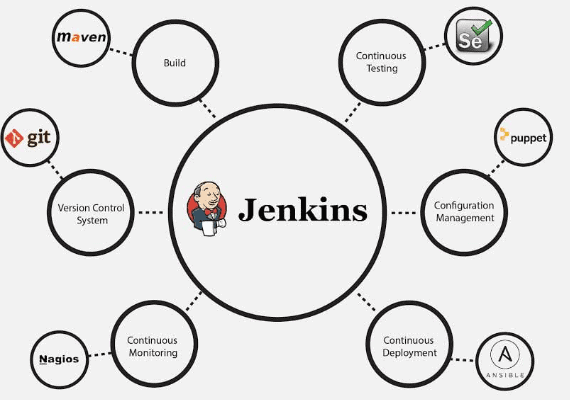 Jenkins has the following advantages:

In several ways, Jenkins distinguishes itself from other continuous integration tools. Let us now examine those points.

The following are some characteristics of Jenkins that distinguish it from other continuous integration tools:

Jenkins is clearly in great demand internationally, as evidenced by the arguments raised above. Before we dig into Jenkins, it’s crucial to understand what continuous integration is and why it was created.

What exactly is continuous integration?

Continuous Integration is a development approach that requires developers to commit changes to the source code in a common repository numerous times each day or more often. Each commit to the repository is then built. This helps the teams identify problems early on. Aside from that, depending on the continuous integration solution, there are various functions such as deploying the build application on the test server, sending the build and test results to the relevant teams, and so on.

Let’s use an example to show how important it is.

An Example of Continuous Integration: Nokia

I’m sure you’ve all used Nokia phones at some point in your lives. Nightly builds were used in a software product development initiative at Nokia. Nightly builds might be viewed as a forerunner to Continuous Integration. That is, every night, an automatic mechanism retrieves the code updated to the shared repository throughout the day and builds it. The concept is similar to continuous integration, but because the code created at night was rather huge, finding and correcting issues was a real hassle. As a result, Nokia implemented Continuous Integration (CI). As a consequence, every commit to the repository’s source code was created. If the build result indicates that there is an issue in the code, the developers simply need to look at that specific commit. This greatly shortened the time it took to deliver new software.

The moment has come to learn how Jenkins performs continuous integration.

Jenkins is used for continuous integration.

Assume that the whole source code of the application was created and then placed on a test server for testing. This technique appears to be an ideal way to build software, but it has several faults. I’ll attempt to explain each one individually:

The aforementioned issues show that not only has the software delivery process become slower, but the quality of the programme has also decreased. As a result, customers are dissatisfied. To overcome such turmoil, a solution where developers could continually trigger a build and test for every change made in the source code was desperately needed. This is the essence of CI. So, let’s take a look at how Continuous Integration with Jenkins addresses the issues listed above.

I’ll start by explaining a general flow diagram of continuous integration with Jenkins so that it’s self-explanatory how Jenkins overcomes the aforementioned issues. This will help you understand how Jenkins works.

The functions depicted in the figure above are:

What is the purpose of Jenkins?

Jenkins is a Java-based open-source continuous integration, continuous delivery, and deployment (CI/CD) automation software DevOps solution. It is used to implement pipelines, which are CI/CD processes.

Jenkins is a Java-based open-source automation server. It is used to build and test software projects constantly, allowing developers to set up a CI/CD environment. It also works with version control systems like Subversion, Git, Mercurial, and Maven.

What’s the distinction between GitHub and Jenkins?

Jenkins uses Declarative Pipelines, which are comparable to GitHub Actions workflow files, to develop workflows. GitHub Actions utilises jobs to aggregate one or more steps or individual commands, whereas It uses stages to perform a set of actions. Container-based builds are supported by Jenkins and GitHub Actions.

Why is Jenkins so well-liked?

Jenkins’ popularity is clearly due to its open-source nature. Because it is free, any organisation, regardless of size, may get started with it. It’s also simple to set up. It was made as a Java programme that works on its own, so it can be used on many different devices and operating systems.

Jenkins what is Jenkins