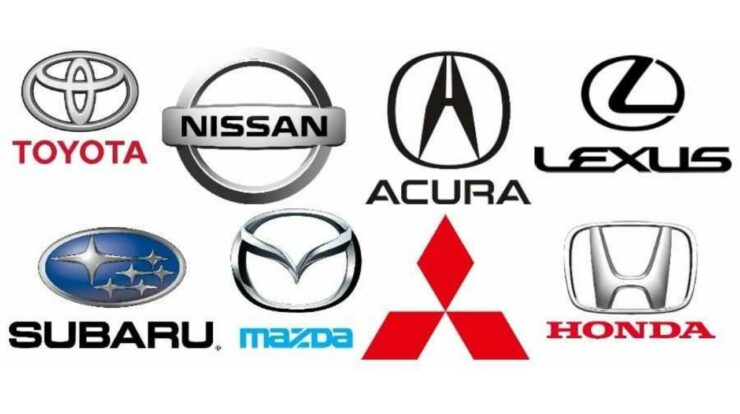 The japanese car brands is one of the most rapidly rising in the world.The country has produced vehicles ranging from classic to futuristic in price ranges ranging from low to high.It is one of the many reasons why Japanese cars are so well-known, and their vehicles are widely used around the world.Japan is also the world’s third-largest vehicle manufacturing and exporting country.It has been one of the top countries since 1960, demonstrating its enormous success.

Japanese car brands have evolved in tandem with a more sophisticated and dependable technological revolution.
These vehicles have unique and interesting features.The top Japanese vehicle brands and their emblems are listed below to help you identify them.

Kiichiro Toyoda founded the company.In 1937, it was founded.  I doubt there is a single person on the planet who has not heard of Toyota automobiles.wouldn’t they, after all? It is the world’s largest automaker, selling more than 10 million vehicles worldwide each year, including electric vehicles.Toyota is the only brand in the world to have achieved this feat.This Japanese automobile manufacturer is well-known for its variety of design, sustainability, and affordability.With this brand, the japanese car brands manufacturing sector expanded.Toyota has been one of the most well-known and best-selling automobile manufacturers since 1937.

Honda is the second-largest vehicle manufacturer in Japan and the sixth-largest in the world.The company was formed in 1946 by Soichiro Honda and Takeo Fujisawa and has been in operation ever since.At the time, it only made 2-cycle motorcycle engines.Honda did not release its first passenger car until 1963.The company’s most important car success came in 1972, when the Civic, their ultimate best-seller, was debuted.Honda motorcycles are still as popular as automobiles.And this brand continues to be well-known for its dependable and high-quality vehicles.

Nissan’s history and how it obtained its moniker are fascinating.Masujiro Hashimoto created this car manufacturer in 1911 as Kwaishinsha Motor Car Works.Then, three years later, it released its first car, the DAT, which was an abbreviation for the names of its three founders.The company’s name was changed multiple times before being renamed Nissan Motor Company in 1934.Nissan manufactures practically everything, from trucks and SUVs to electric vehicles.It maintained the brand’s automobile demand, particularly for its fully electric car, the Nissan Leaf.
In the future, the company hopes to release driverless vehicles. Suzuki, like Honda, is a well-known brand for both motorcycles and automobiles.Michio Suzuki created the corporation almost a century ago.It is still going big and introducing new sorts of automobiles a century later. Suzulight, the company’s first car, was not released until 1955.Since its inception, this brand has been producing lightweight, large to moderate, and economical vehicles.That is why the post-war response was tremendous, and it altered Suzuki’s future as a vehicle manufacturer.It is now one of the top ten best and largest car-selling brands in Japan. 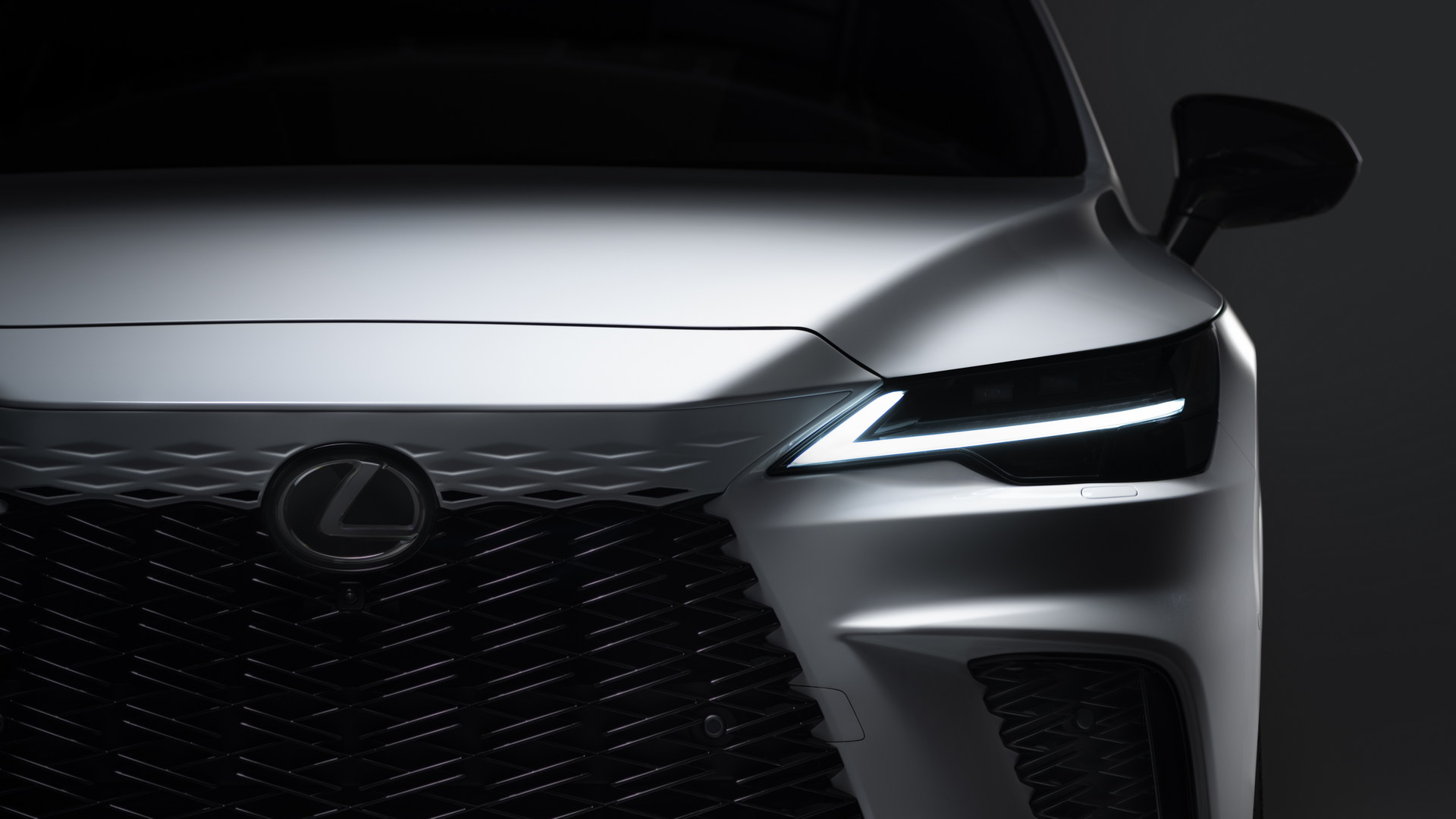 Lexus is one of Japan’s best and most luxurious vehicle manufacturers.It is a Toyota brand that was launched in 1989.This company sells SUVs, sedans, convertibles, coupes, and other vehicles.The L400 was the first Lexus vehicle sold by the firm.And, despite being a brand of the well-known Toyota, Lexus has established itself as one of the top vehicle brands.Lexus now sells its vehicles in over 70 countries and counting.And, with the company’s ambitions to launch electric vehicles in the future, we can expect even greater success. 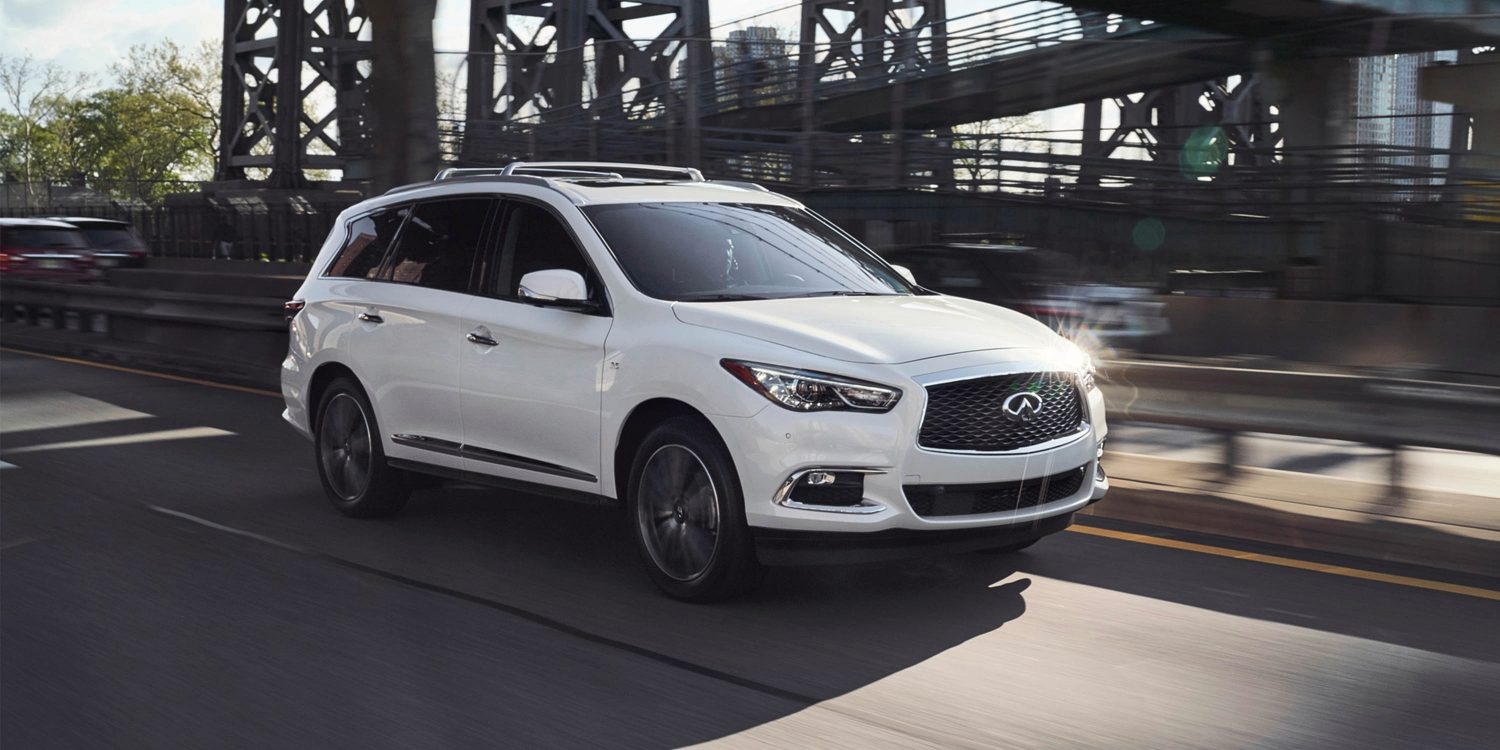 Infiniti is a branch of the well-known automotive manufacturer Nissan.This company wanted to produce premium cars in a unique way.Nissan Motor Company established the brand in 1989.Over the course of 20 years, the brand has expanded to around 15 nations.That doesn’t sound like much.However, Infiniti’s automotive quality has kept it among the top Japanese car companies.Except for some of its more premium versions, Infiniti vehicles are also reasonably priced.It’s no surprise that it’s one of Japan’s most well-known vehicle manufacturers.The company has stated that it intends to transition to electric vehicles in 2014.So there will be more makeovers from this brand in the future.

Mitsubishi is one of japanese car brands oldest automobile manufacturers.Mitsubishi Heavy Industries established it in 1970.The firm is one of Japan’s best-selling automakers.The entire name of the company is Mitsubishi Shokai, which translates to “three jewels.”It was given this name in 1870.So now you see why the brand’s emblem features three diamond shapes.This brand has not sold as many cars as other major brands.Unfortunately, it has experienced major financial interruption as a result of technical issues with various car types.In order to recover, the firm formed a partnership with Daimler-Chrysler in 2000. 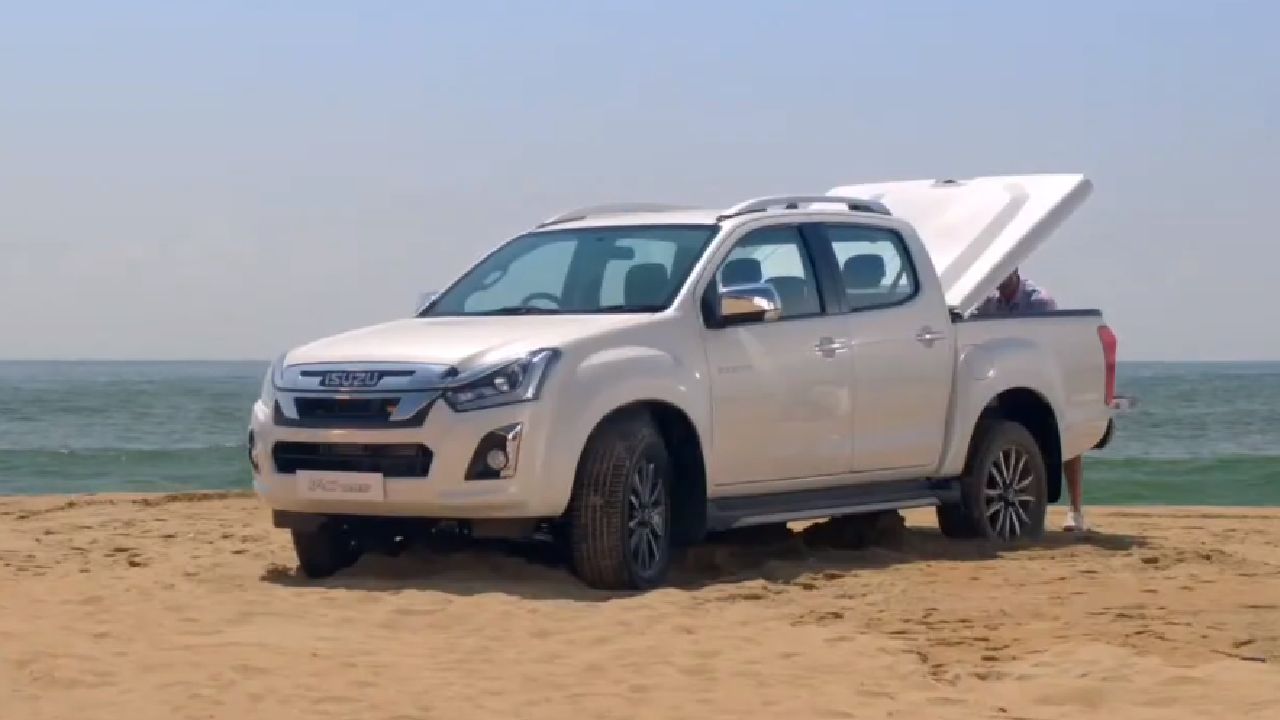 When it comes to producing dependable commercial vehicles or diesel engines, Japan relies on the Isuzu name.
It is nearly a century old, but it is still known for producing high-quality automobiles.Despite the fact that it works on vehicle production, marketing, and sales all at the same time, demand for Isuzu vehicles has grown with time.
At an inexpensive price, the company offers several fantastic pickup trucks and SUVs. 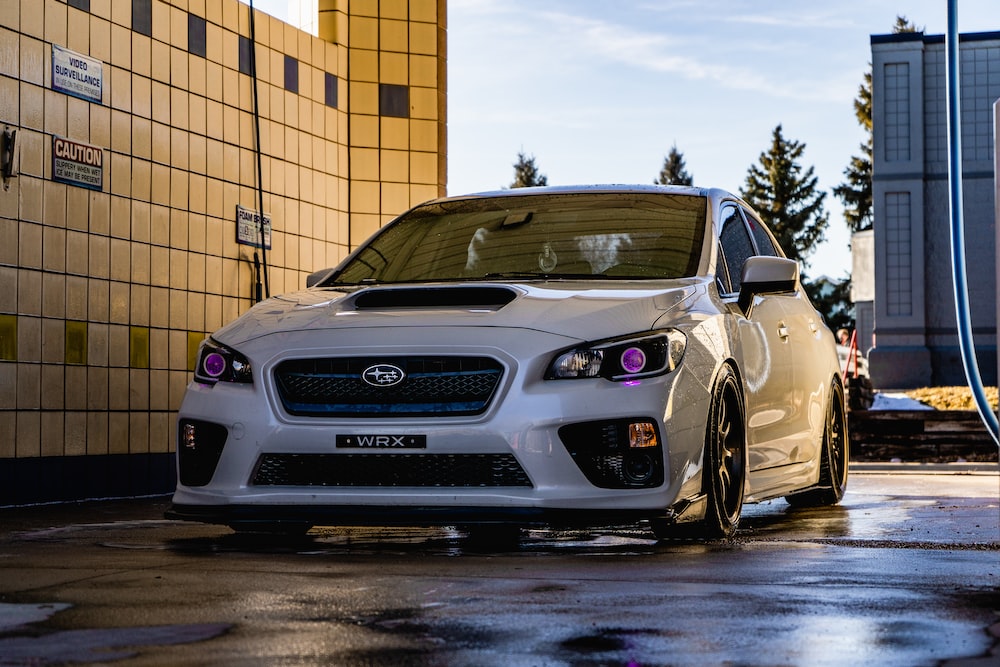 Subaru is one of the Japanese car brands that sells reasonably priced, high-quality vehicles.Kenji Kita and Chikuhei Nakajima created this company in 1953.However, it was first known as Fuji Heavy Industries.In 1966, it became a branch of the Nissan corporation.But what made it renowned was the introduction of its all-wheel-drive technology and boxer engine arrangement.The business is also well-known for producing rally cars.And the Subaru Impreza WRX is one of the company’s best-selling rally vehicles, having won numerous competitions.

Daihatsu is one of Japan’s oldest combustion engine manufacturers.However, the company later began producing a limited quantity of vehicles.Soon after, it began developing an increasing number of best-selling vehicles, including the Mira, Tanto, Mebius, Move, and Copen.Daihatsu vehicle sales climbed by roughly 8% in 2017 with these vehicles.
Toyota Motors now controls 51% of the corporation.However, the company has not released any new vehicles in quite some time. 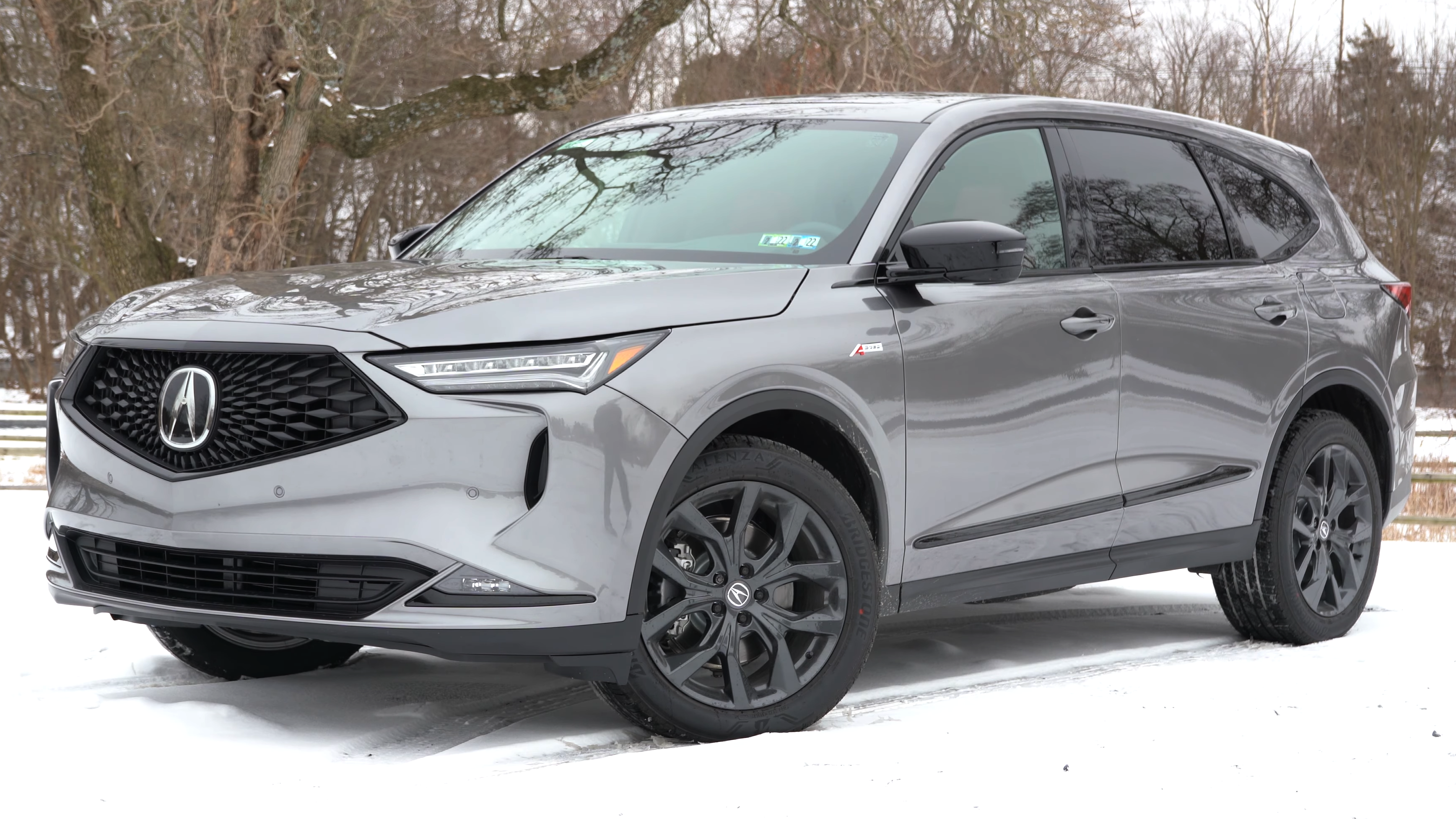 Acura is a Latin word that signifies “excellence.”And, like the meaning of its name, the company has gained reputation throughout Japan and other areas of the world for the high quality of its vehicles.The brand has produced some wonderful luxury car models with outstanding inside and exterior appearances and designs.The RDX is one of the company’s most popular models. 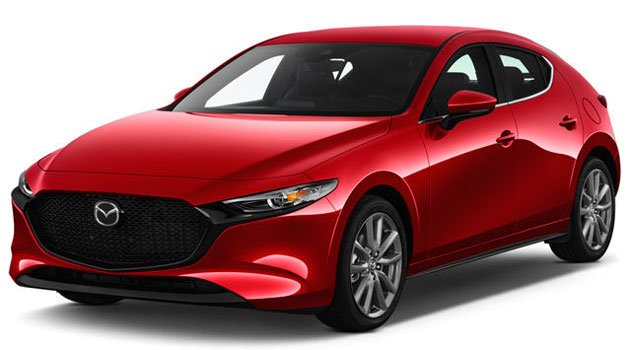 In the year 1920,If you’re a Fast & Furious movie fan who knows cars, you’ve probably seen a Mazda in the film.Mazda, which means “knowledge,” is derived from the Zoroastrian Ahura Mazda, which means “God of Life.” Mazda is a dependable brand for purchasing a vehicle with an efficient and dependable automotive engine.It is a multinational automaker that was formed in 1920.The Mazda Miata is the company’s most well-known vehicle.