Home
Internet
How You Can Stream the Euros Tournament Online

The Euros are finally happening! Confusingly still called Euro 2020, the tournament will be back this June after a year delay due to COVID. With the tournament happening in just over a month, let’s go over who will be participating and how you can watch the tournament.

Countries That Will Be Participating

Twenty-four countries will be participating in the Euro 2020 tournament, all of them funneled into five groups. According to the UEFA website, the group placements look like this:

When the Tournament Will Take Place

The Euro 2020 tournament will take place from June 11th to July 11th—an entire month! There will be rest days sprinkled in-between matches, but in total, there will be 51 matches.

The tournament will start as usual, with Groups A-F competing with others in their group until the Knockout Phase starting on June 26th. On July 2nd, the quarter-finals will start, with the Final taking place on July 11th.

It’s definitely a packed tournament—one you won’t want to miss. But how do you watch the matches?

How to Watch the Tournament Online

Your first option is to sign up for a streaming service that also offers the ability to watch live TV. There are dozens of these services, but today, let’s focus on two of them: Hulu Live and YouTube TV.

Yes, Hulu offers a live TV service, and it’s packed with a decent amount of channels, including ESPN 1 and 2. Both of these channels will allow you to watch most but not all of the matches. However, you can add ABC to your plan for $6 extra, and that will cover the remaining games.

On the other hand, you have YouTube TV, which carries about 20 more channels than Hulu Live. When it comes to sports, YouTube TV carries the same channels as Hulu Live. So if all you care about is watching the Euro 2020 tournament and nothing else, then you can’t go wrong with either service.

2. Local Channels (Depending On Country)

Depending on where you live, you may be able to catch some, most, or even all of the matches for free (as long as you have access to local TV channels). Multiple countries will be broadcasting games via national TV channels. For example, citizens in the United Kingdom will be able to view the entire tournament with BBC One.

This option exists for other countries, however. In France, TF1 and M6 will broadcast 23 of the matches. In Italy, the RAI channel will stream the tournament in its entirety for the entire month.

Your mileage will vary, but it’s a good idea to see if your country will be broadcasting any of the matches before you go and sign up for a streaming service. And if you want, you can use a VPN free trial to access a country’s local TV channels or streams from another country.

Euro 2020 is still happening, and it’s only a month away! Before the tournament starts, you should go ahead and plan out how you will watch the games, whether it’s through your country’s national TV channels or via a streaming service such as Hulu. Just make sure you’re not unprepared before June 11th! 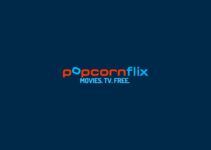