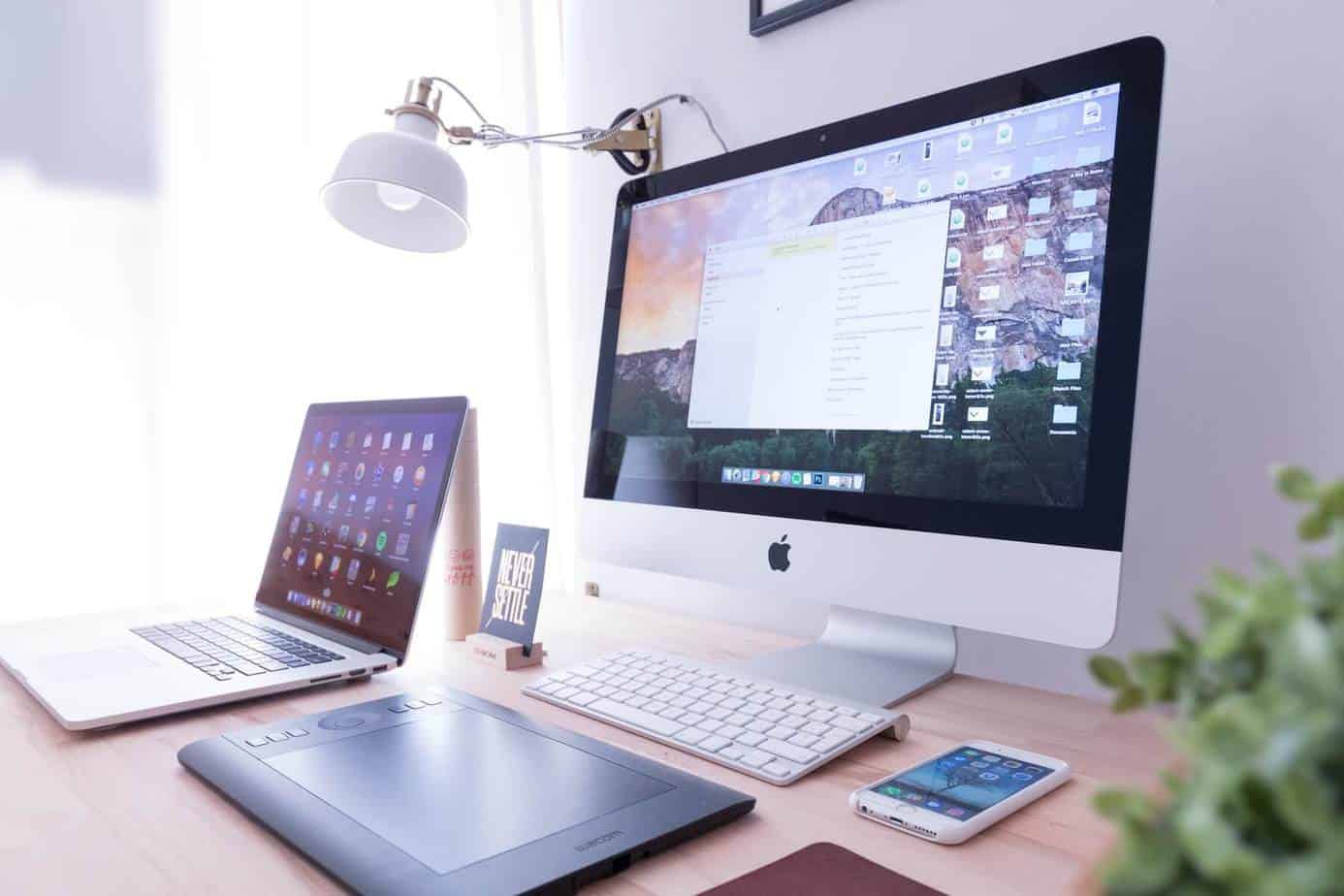 Whether you’re a rookie or a seasoned Mac user, learning how to take a screenshot on a Mac is a skill you’ll need at some point. How to screenshot on mac air? The same processes apply to MacBook Air and Pro versions, which we’ll focus on instead of iPhone and iPad in this article.

Do you want to know how to take a screenshot on a Mac quickly and easily? Continue reading to learn how to screenshot on Mac desktops and laptops, as well as the Mac screenshot shortcut that will make your workflow more effective. All of these solutions are compatible with all Mac machines, but not with Windows-based Mac equivalents. Here are some suggestions to assist you in how to screenshot on mac and much more. This article discusses:

Let’s start with keyboard shortcuts, which are one of the most effective and simple ways to snap a Mac screenshot. To screen capture a Mac device, simply hit command + shift + 4, then drag the cursor over the appropriate region.

When you’re finished, click the mouse button or hit enter. The screenshot will be saved to your Macintosh HD > Pictures > Screenshots folder. You can, however, configure your computer to save screenshots in a different location, such as your desktop.

Another way to screenshot on a MacBook Pro. Apple’s latest macOS Mojave has a new screenshot tool that is more capable than ever. It allows you to edit screenshots immediately after taking them by adding text, shapes, and even emojis.

To access the tool, press “Command + Shift + 5”. Your screenshot will automatically show on the screen as a small icon; click on it to open it. It already has a built-in “Tools” menu to access all of the numerous editing functions once it’s opened. Before you take the shot, you’ll be given the following options:

The snapshot options bar in MAc

When you take a screenshot on your Mac, a floating thumbnail appears for a few seconds after the photo is taken, confirming that the screenshot was successful and serving as a little preview.

Start recording your screen for video grabs by pressing “Command + Shift + 5.” Then, move your pointer to the fourth or fifth icon that appears. The fourth allows you to record the entire screen, whereas the fifth just records a piece of it.

How to Take a Mac Screenshot Take a screenshot on your Mac with Preview. 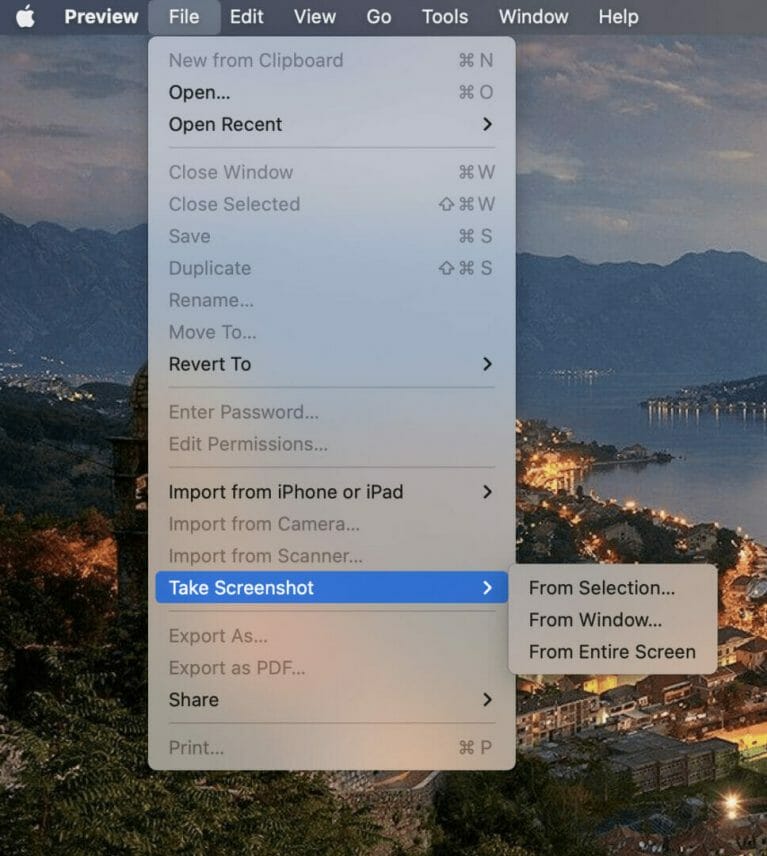 Preview makes it simple to capture screenshots. Go to the Preview menu or click the symbol that looks like a photo with an hourglass to utilise this approach. In the menu bar, select “File,” then “Take Screenshot From Selection/Window/or Entire Screen. Your screenshot will be saved immediately in the folder you specify. Use “Preview” to make changes to your screenshot.

It is incredibly simple to take a snapshot of your complete screen. All you have to do is press “Command + Shift + 3” simultaneously. Your screenshot will be saved to your desktop as a.png file, which you may rename and then open by double-clicking.

How to Take a Moving Screenshot with QuickTime on a Mac

You can use the Command + Shift + 5 shortcut or Quicktime to record yourself opening and shutting programmes or working within them.

1: Navigate to the image, video, or audio file that you want to capture. Open Quicktime Player if it isn’t already. Look for it in Applications or Spotlight.

2: Select File from the navigation bar. You can select to record the entire screen or a piece of it while capturing a recording on your screen. Stop recording by pressing the button in the upper left corner of the screen.

3: A thumbnail of the snap will show at the bottom of your Quicktime window. You may either drag it into another software or save it by clicking “File,” then “Export,” and selecting a destination. It’s worth noting that the screenshot will only be stored as a.mov file, with no picture extension.

Common Screenshot Issues on the Mac

Where Can You Look for Screenshots? 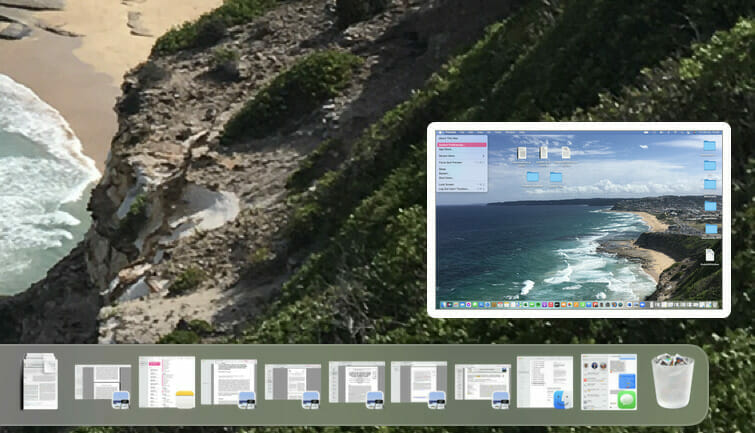 The desktop is the default area for screenshots on a Mac. If you take several screenshots for a project or class, your desktop may grow cluttered. You can also select “Finder” from the top menu bar. Hold “Option” when clicking “Go.” You should see a Desktop option appear. Select this option to see all of your screenshots in their own folder. If you know you’ll be working on a large project that may necessitate screenshots, you might wish to set up folders ahead of time. Then you may rapidly relocate any stored screenshots to the appropriate area.

How to Take a Screenshot on a Mac: Frequently Asked Questions

Where Do Mac Screenshots Go?

They save to the desktop by default.

What Is the Shortcut for Taking Screenshots on a MacBook?

On MacBooks, press Command + Shift + 3 to take a simple screenshot.

Is There a Specialized Screenshot Program?

If you’re not satisfied with the screenshot options provided by Command + Shift + 5 on your Mac, there are many of more powerful Mac Apps available, such as Clean Shot X. Just remember to uninstall any apps that you no longer use.

How Do I Take a Screenshot of the MacBook Pro’s Touch Bar?

A different shortcut is to take a screenshot on Mac and include the touch bar. Use the Command + Shift + 6 keyboard shortcut.

Instead, how can I have a screenshot in the clipboard?

Here’s how to ss on a Mac and save it to the clipboard: hold Command when taking the screenshot, then copy and paste it wherever you like.

How Can I Save Screenshots in Formats Other Than PNG on a Mac?

To open Spotlight Type Terminal, press Command + Space and pick it from the application list.
Write com.apple.screencapture type followed by the file format you want to use instead of the defaults. TIFF, GIF, JPG, PNG, and PDF are all acceptable formats. You can convert PDF to text by screenshotting large amounts of text.

How Do You Screenshot an Entire Web Page on a Mac?

macOS Mojave includes a new screenshot tool, it does not allow you to capture complete web pages. But don’t be concerned. You can still use these two methods to capture your complete screen: Opening Safari, navigating to the “Develop” menu, and selecting “Web Inspection Editor” is one method. Then, select the area to be captured and press “Command + Shift + 4” once. This will activate a miniature crosshair cursor around your mouse pointer, allowing you to choose whatever section of the page you like.

On a Mac, how do you save a screenshot as a picture?

To begin, open the screenshot in an image editing application like Preview. Then, go to File > Save As and save the file as a JPEG or PNG. This allows you to save it as a high-resolution image that can be scaled without losing quality.

How Do I Make a Mac Screenshot AutoSave?

Mac screenshots are always stored automatically. All you have to do is ensure that it saves in the location you specify or that you have an autosave folder set up.

What Is the Best Way to Print a Screenshot?

You have the option of saving your screenshot from Preview or opening it in an image editing software and printing the file.

Is there a Snipping Tool on Mac?

Grab was a utility tool used by Mac. Screenshot replaced this tool in the most recent Mac operating system, Mohave. By hitting Command + Shift + 5, you can access this tool. You can alternatively navigate to the Applications folder, select “Utilities,” and then select the “Screenshot” programme.

How Do I Rotate a Mac Screenshot?

When you capture a screenshot, it will display as an image file (.png) or photo file on your desktop (.jpeg). You may open this file in Preview without using any other programme to perform the necessary modifications to the image, such as rotation.

Is there an annotation feature on the Mac?

Yes, you can annotate screenshots in Preview on macOS. Text, shapes, and other elements can be added to your photographs.

Why Am I Unable to Save Screenshots on My Mac?

When taking screenshots, make sure to save them somewhere you’ll remember. The issue is most likely with saving the photographs in a convenient location. If this isn’t the case, try resetting your keyboard settings by navigating to “System Preferences” and selecting “Reset Keyboard.”

Finally, there are numerous methods for taking a screenshot on a Mac. You can use the Screenshot tool in macOS Mojave, the Grab/Screenshot Utility app that came with your computer, or a free app from the App Store. You can also use Terminal, which is a command that takes some technical understanding. 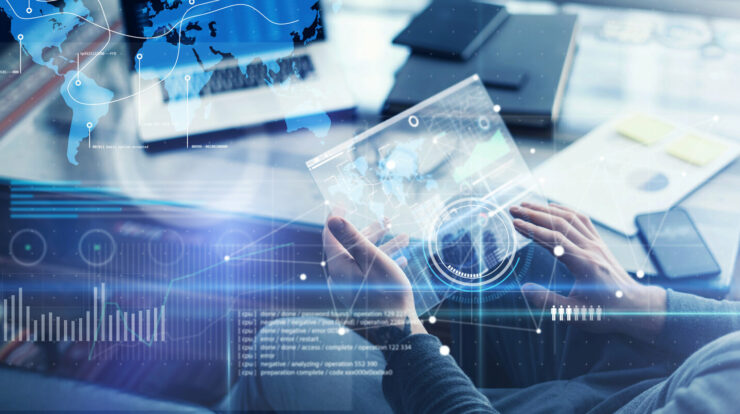