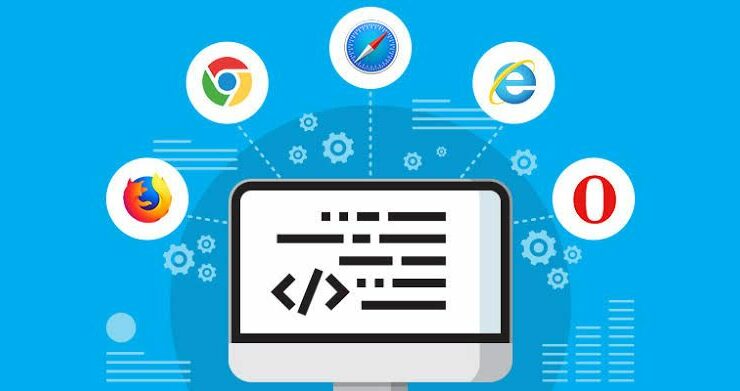 When it comes to Automated cross browser testing tools, the sky is the limit (and even beyond). Technology has advanced to the point where you can save time and be more productive than you were ten years ago. If Selenium is your go-to automation browser testing tools, you don’t have to put up with its limitations. Instead, you can choose from a variety of test automation frameworks and tools to create and run effective test cases. In this post, we’ll look at how to choose the best Automated Browser Testing Tools for your company and go deeper into the top automation testing solutions on the market in 2022.

How do you pick the best automated testing tool ?

Choosing the ideal automation testing tool for your company might be difficult if you are unaware of the benefits and drawbacks of each. Before making a final decision, you must first investigate and completely analyse the business requirements and needs.Before you can analyse the result, you must first determine which critical criteria it must meet. The Pugh Matrix technique can also be used to develop the top criterion. If you’re already using Selenium, Appium, or another automation testing tool, why not use it as a benchmark? Following that, you must weigh the advantages and disadvantages of the existing tool and compare it to a few shortlisted alternatives.In the following part, we have provided an example of Selenium with its benefits and drawbacks to help you understand what common elements you should focus on when selecting an automation testing tool.

These are the following AAutomated Browser Testing Tools :

Selenium is a free and open-source automation testing tool for web applications.Because of its customised test automation availability across multiple languages and browsers, it is frequently utilised by Quality Analysts all around the world.Even though Selenium is a good starting point for automation testing, we should be open to different frameworks and tools that can help us out.

Cypress is a new front-end developer test automation tool. Cypress tests, written in JavaScript and built on WebDriver and Node.js, run in any modern browser. It’s quick, dependable, and easy to use. Cypress is likewise free and open source.

Another open-source favourite among a broad audience is the Playwright framework, a test automation toolkit proudly built by Microsoft contributors. It makes use of a NodeJS package to automate the Chromium, Firefox, and WebKit browsers through a single API.It, like Cypress, comes with an Apache 2.0 licence and supports a variety of programming languages, including C#, Java, NodeJS, and Python.

Puppeteer is a Node library that provides a high-level API for controlling Chromium or headless Chrome via the DevTools Protocol.Every programmer may simply interact with any web browser when performing Puppeteer testing by using methods such as.type() or.goto() (). The Chrome DevTools team is in charge of maintenance.This is another browser-based framework.

Appium is a popular open-source test automation tool for testing native, hybrid, and mobile web apps.It would power WebDriver-enabled apps for Android, iOS, and Windows. The primary notion underlying Appium screens is that while testing a native app, you should not use an SDK or recompile the programme, but your choice of test frameworks, practises, and tools should be important when executing Appium mobile testing.

When you need to develop simple, dependable, and short Android UI tests, use Espresso.With Espresso API, test authors may think and work in the same way as a user would when interacting with the app to locate and interact with UI elements.

App UI testing, which is a subset of mobile app testing, entails observing the behaviour of the interface while executing user actions and comparing the actual results to the intended results.
iOS app testers would utilise XCUITest to try to mimic a user’s interaction with the app and check the UI state.

Cucumber is a popular testing tool for Behavior Driven Development (BDD). Without respect for technical understanding, write more intelligible tests.In the case of BDD, product owners and business analysts would create acceptance tests or test scenarios to enact the system’s business behaviour.This is done so that the product owners can sign-off and evaluate the code before it is written.The combination of Selenium and Cucumber gives a solid framework for quickly creating functional tests.

I hope you’ve learned something new about the top automation testing tools in 2022. You must now determine which one is most suited to your company. Some may not keep up with the most recent cross-browser testing trends, while others may not support project management tool integration. You must thoroughly examine what you must perform.
This manner, you may remain ahead of your testing cycle and conduct automation testing with ease. Team strength and support would also be required for test automation.As a result, before selecting the best automated testing tools, you need consider a variety of factors. Have fun experimenting!

What is the most popular automation tool?

LambdaTest, a cross-browser web automation tool, has generated considerable interest in the market.
Many QAs use it since it allows you to automate your tests across several operating systems such as Mac, Windows, and Linux, as well as browsers such as Chrome, Firefox, IE, and Headless Browsers.

Is Cypress superior to Selenium?

Cypress is recognised for being incredibly developer-friendly with a simple setup. It also offers drawbacks, such as fewer integration choices.

What exactly is API testing?

API testing, one of the most frequent types of software testing, can examine an application programme interface (API) to ensure its security, functionality, dependability, and performance.