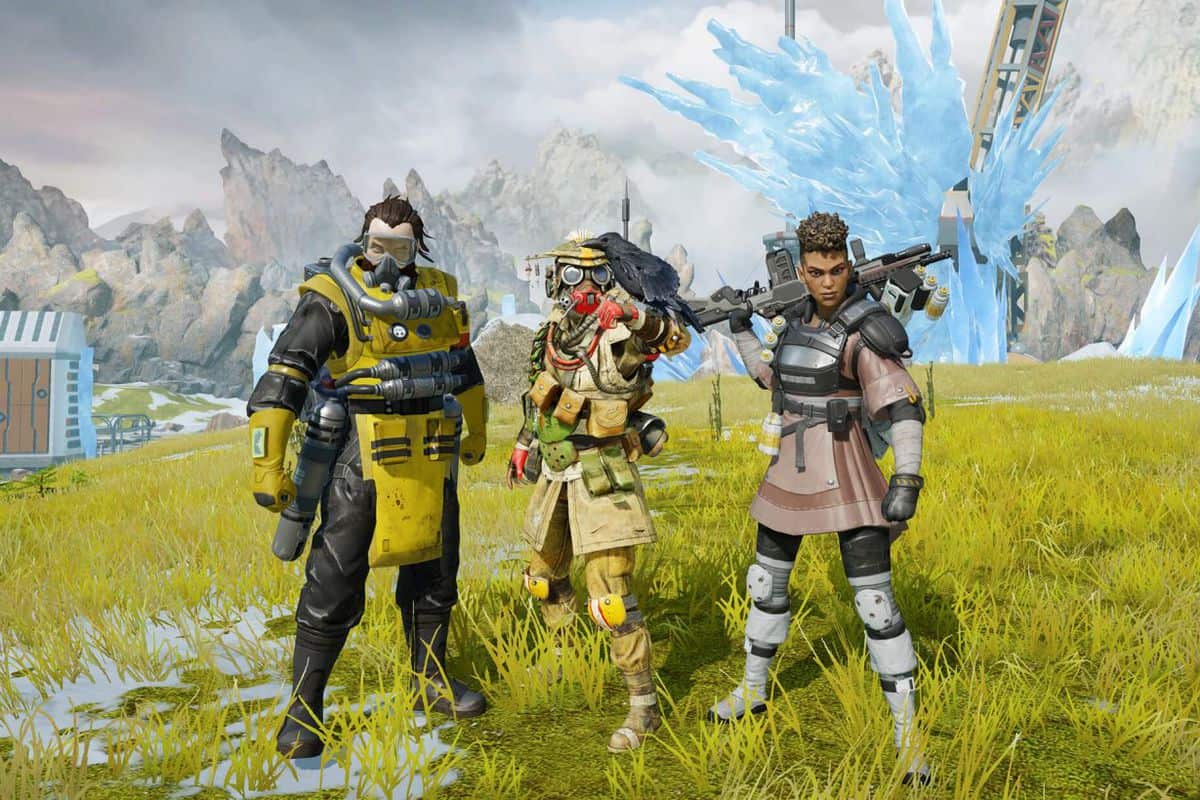 Finding a decent free FPS was nearly impossible only a couple of years ago. MMOs were everywhere for a long time, and the few available free first-person shooters were mostly riddled with bugs and connectivity issues.

Fortunately, things have changed, and there’s something for every FPS fan out there. From small studios to industry giants, it seems like everyone has a shooter that’s free to play. Players can enjoy games for PC, Android, iOS, and even the latest Xbox and PlayStation consoles. We’ve gathered the best available free FPS games so you can jump into the action as fast as possible.

Most gamers remember Respawn Entertainment thanks to their fantastic Titanfall games. Instead of developing a full sequel, the studio decided to create Apex Legends, a free battle royale game like Call of Duty: Warzone where you play as one of the 13 legends, each featuring a unique set of abilities.

Many people aren’t that crazy about the battle royale genre in general, and this one feels like it’s made for them. Apex Legends is set on a massive map and played in groups of three. There’s a border that closes in as you play. However, if you’re not happy with your spawn point, there’s a tool that gets you back into the air.

In case you get killed, the team still has a chance to revive you at a medical station. The map is beautiful and fun to explore on your way to victory. Fans of Titanfall will feel at home, and newcomers are sure to fall in love with Respawn’s tight movement and weapon controls.

If we had to explain what Splitgate is all about, we’d say it’s a mix between Halo and Portal. It’s a perfect choice for those who love fast-paced shooters with speedy navigation around the map, all thanks to portals. It’s a fun concept that’ll keep things feeling fresh and exciting.

Keep in mind that you can only place these portals on specific surfaces, so there’s no way for players to abuse them when they’re in a bad situation. They add a new strategic layer to the classic FPS gameplay that’s just as important as great reflexes. You can use portals to surprise your enemies, clear them up, and quickly get back to safety.

With satisfying weapons, tight movement, and precise aiming, Splitgate runs and plays great. Even when you get cornered, you’ll be able to get creative and use portals to avoid biting the dust.

Riot Games has undoubtedly made a name for itself in the F2P market, mostly thanks to League of Legends. Valorant preserves the MOBA spirit of the studio but adds FPS action to the mix. The game is a hybrid of MOBA and FPS, sharing more DNA with games like Overwatch and CS:GO than battle royale titles.

The primary game mode is a unique take on search and destroy mechanics. One team aims to plant a bomb, while the other tries to defuse it. Each round only takes a few minutes, and players go through a few rounds to finish the match. Each character has unique abilities to help the team claim victory.

The game doesn’t offer many new ideas, but it’s still an excellent choice for those who don’t enjoy battle royale titles. Since it’s not available in certain regions, countless anxious players use Valorant proxies to get around geo-restrictions and jump in.

With almost two decades of experience in creating FPS games, there’s no wonder Crytek’s entry looks polished and runs great on all available platforms. Warface is a free-to-play title with class-based gameplay that forces team members to pick their class and work together.

The available classes mostly stick to what we’re used to in shooting games. Engineers can fix players’ armor while medics take care of healing and deal massive damage in close-range combat with a shotgun. While most shooters focus on competitive gameplay, Warface also has a cooperative mode where teams complete missions, and it’s a great way to get the hang of each class.

However, the competitive mode is the star of the show. You’ll fight with other online players in kill-based or objective-based matches, along with a battle royale mode. Warface runs on the famed CryEngine, so you can bet it’s one of the best-looking F2P games available. Oddly enough, system requirements are quite modest compared to other Crytek games.

Even if none of these titles manages to scratch your FPS itch, don’t despair. There are plenty of other games out there you can check out, from Rocket League and Path of Exile to DOTA 2 and Teamfight Tactics. In case a game you want to check out isn’t available in your country, read more here about a quick and affordable workaround.